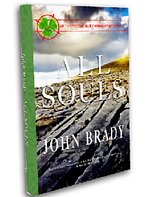 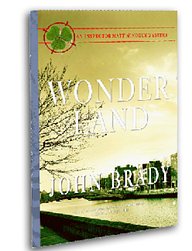 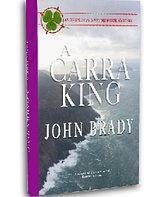 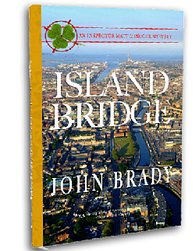 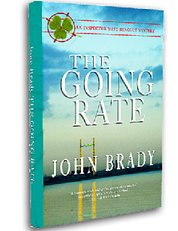 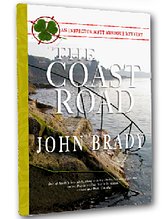 A brutal murder in the grounds of Trinity College, Dublin spreads fear and shock across the city. Sergeant Matt Minogue, a troubled veteran copper, investigates.

Jim Kilmartin, the head of the Garda Murder Squad, has taken a chance on Minogue - and now he is having second thoughts.

‘Towers above the mystery category as an eloquent, compelling novel.’

A STONE OF THE HEART

A body washes up on a Dublin beach was - a young man shot point-blank in the head.

But this is neither part of a gangland feud, nor an IRA killing. The victim's a journalist. He's also the son of a well-known Jewish family.

‘Oh Jaysus,' says Kilmartin, the tactless, bull-headed CO of the Murder Squad. His mind’s already ahead on the attention this’ll bring in Ireland and beyond.

'He’s one of our own I know, but a Jew nonetheless.’

‘Like all the best detective stories it casts its net widely over its setting.’

An old English ex-pat is strangled in his rural home. Were Travellers his only friends? Really?

Minogue is faced with what looks like a burglary gone wrong. Officers at he British embassy in Dublin are wondering too. But they are nervous for a different reason.

A woman’s body is caught in the canal lock: an ordinary young working-class woman, a hairdresser who had ambitions.

Members of Dublin’s violent underworld have ambitions of their own too - and so do their wannabe hangers-on.

‘A brilliant depiction of the city’s slatternly underside - riveting to the last page.’

The troubled son of an Irish-American tycoon is found in a rental car at Dublin Airport, bludgeoned to death. This has a the makings of big trouble for Ireland's tourist industry.

The victim never measured up to his father’s expectations in life,  but that powerful, overbearing father wants answers and, as he tells the Garda Commissioner, he wants them now. This puts Minogue squarely in his sights.

‘Brady’s writing makes it dense and multilayered. A treasure of a crime novel.’

A murder in rural Ireland years ago is not as settled as it may look. The man convicted of the murder has been released from jail, and now he wanders the roads.

He may not be able to articulate exactly what he is thinking now, but someone has decided that it is only a matter of time before he causes trouble.

‘Excruciatingly intense study of men at the breaking point. A knockout.’

Ireland’s booming Celtic Tiger economy runs on ever more dangerous illusions. That doesn't stop everybody coming to Ireland to get a piece of the action.

In Dublin, it looks like you can do anything, get anything, be anything you want.

But no shining utopia awaits. Instead there is a rendezvous with a darkening future.

A copper’s widow can never forget what happened to her husband. Nor can she forgive .

Yet it wasn’t just gangsters who drove him to his death. The ones who should have backed him did not. For this she wants justice.

She wants retribution too - in her own way, and in her own good time.

‘One of the top books of the year, must reading.’

A Polish immigrant is beaten to death in a Dublin street. A failing scriptwriter looks for inspiration in the grity realism of gangland Dublin.

Everyone carries their own illusions, but success comes with costs. What's real? What is just material for a writer scrambling to save his career?

‘A luxurious book, full of fascinating characters and wonderful insights into the new Ireland.’

Ireland has crashed. On Dublin’s tony Southside, the violent murder of a homeless man in a park goes unsolved.

But a tough, well-connected nun won’t have it. She wants justice and dignity for him, and she won’t settle for anything less.

Minogue is nudged her way. Their dim views of one another will not last. Nor can his killer hide.

‘The marvellous Matt Minogue series takes us to Ireland after the crash. Not to be missed.’